How to Building an API in Laravel With Passport? 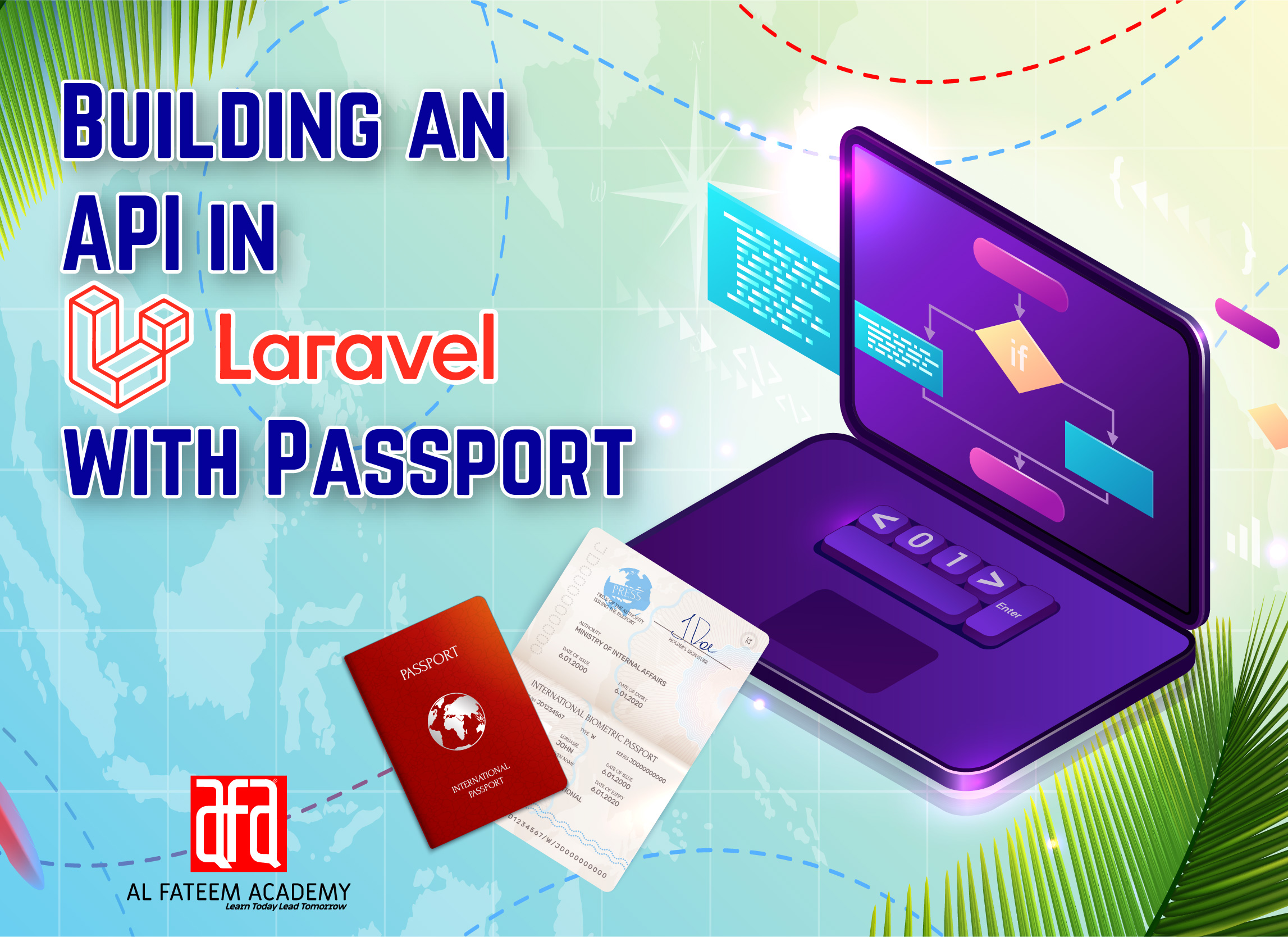 BUILDING AN API IN LARAVEL WITH PASSPORT

API is an application programming interface that transmits data from one product software to another or it enables interactions between multiple software databases. API can be used to hide the complexity and performance of tasks. API makes developers more efficient because they can focus on what matters to them most. API also extends the functionality of the software and work as gatekeepers. Laravel is a free open PHP web framework that is used to develop many web services and applications. Laravel is used in many web projects and it eases the tasks by removing complexity in common tasks. It is very easy to understand. Let’s have an example to understand API more. When you go to a restaurant for eating dinner. You interact with the waiter and ask for their services, menu, bills, and sitting zone. The waiter responds to your all queries quickly without letting you know the complexity, mess, and problems running behind the scenes. So the waiter is acting as a shield that protects you from a bad user experience. In following this example API is working as a shield and eases your access to data.

Laravel is a very important framework while creating an API. API use tokens when they authenticate their users and they create no gap session between processing requests. Laravel is a PHP based framework that is used to create web applications and follows MVC architecture pattern. It also helps you in re-usable components to perform daily tasks with ease and comfort. It is a PHP language-based program. Laravel 6.0 is the latest version released in September 2019. This version improved the authentication process, sub-query enhancement, and increase the compatibility of running the application smoothly.  Many web services require token-based authentication from API to protect their website security. Laravel passport provides an OAuth2 server for your Laravel web development in a matter of minutes. It generates its database migration and the command will setup encrypted keys to generate secure access to tokens. Then these tokens are further used by API in the authentication process. In short Laravel grant passport to work with authentication of API in easy mode. In this article, we will discuss the steps following in building an API with help of Laravel passport. Here are the following API services:

First of all, you need to install a fresh Laravel application and run it.

Then run the package by using the Laravel command in your PHP interface.

When the Passport service provider register, run the migration command.

This step includes the creation of two controller files. One is used to register and the other one for the blog.

API Laravel is used to run your applications and software smoothly and inflow. It makes web applications user-friendly, secure, and reliable which helps you to meet your business goals and it will take your business to next level.